The Art of Frankenstein

I was very taken with Lynd Ward’s woodcuts for Frankenstein, and thought that it would be interesting to dig up some other pictorial interpretations of Shelly’s work.  In particular, I wanted to look at key parts of the novel, as depicted by various artists.  If we’ve seen such a varied cinematic depictions of, for example, the creation scene, what variations has the artistic world produced? 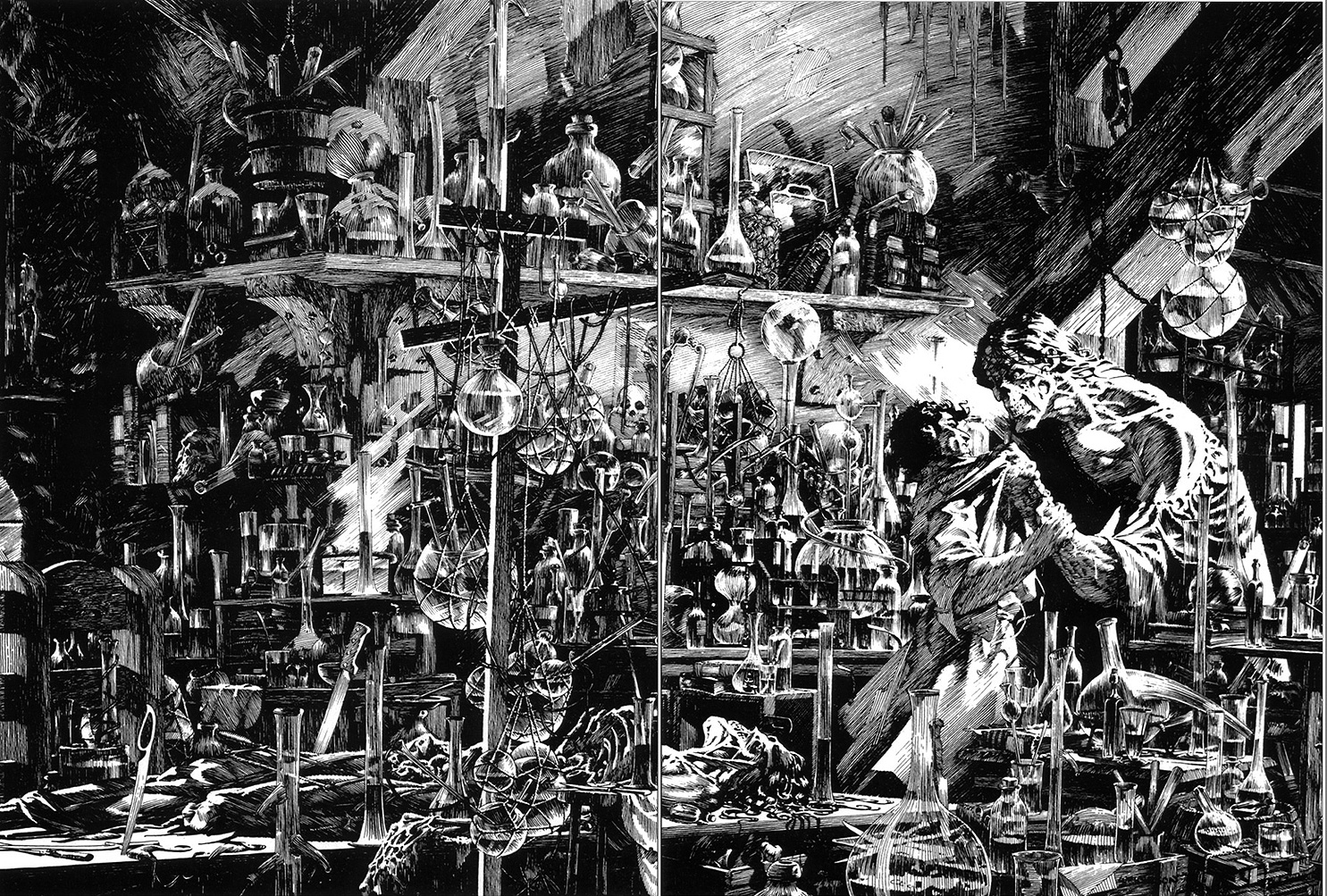 Berni Writson's depiction of Frankenstein and his Monster

For example, Berni Writson’s illustrations struck me as particularly well done.  His depictions seem to be true to Shelley’s text, rather than to previous cinematic precedents.  Writson’s work seems to especially echo that of Lyn Ward, and indeed Writson has been quoted as saying, “I wanted the book to look like an antique; to have the feeling of woodcuts or steel engravings, something of that era.”  It certainly seems to have Ward’s woodcut aesthetic, although Writson’s art has a meticulous attention to detail. 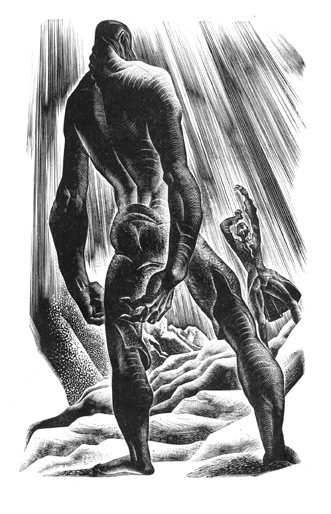 I did find some less outstanding depictions of Mary Shelley’s novel, of course.  They ranged from the more cartoonish graphic novel of Jason Cobley (although even this edition has it’s moments) to the downright goofy.  Frazer Irving, however, also did some interesting things in his Frankenstein artwork, producing a very organic and less corpse-like Creature.

This entry was posted in Uncategorized. Bookmark the permalink.

1 Response to The Art of Frankenstein